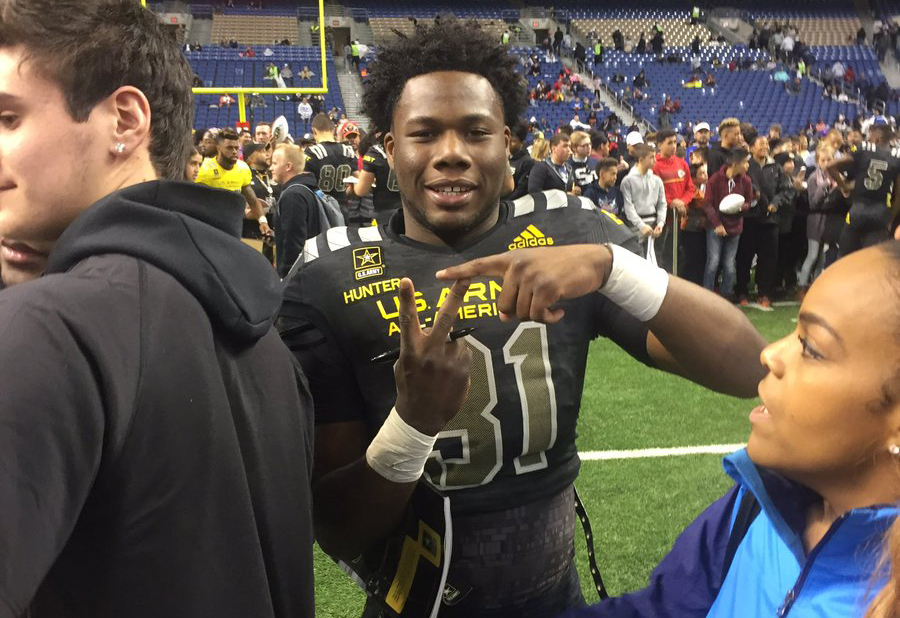 Virginia Tech landed their top target on Friday night as Devon Hunter announced his commitment to the Hokies.

Hunter, a 4-star safety, is the highest-rated commitment for Virginia Tech for this class. He’s the third-best safety in the country and the second-best player in Virginia, according to the 247Sports Composite rating. The Chesapeake, VA. product had 34 scholarship offers, mostly from Power 5 programs.

The recruitment of Hunter didn’t go necessarily according to plan, but Virginia Tech prevailed nonetheless. Hunter had publicly named Virginia Tech as his favorite for most of his recruitment, but things got dicey over the last few months. Florida, Auburn and Ole Miss all made strides down the stretch, but fell just short. Virginia Tech pulled out all of the stops to bring Hunter into the fold, including letting him reveal the Hokies’ Battle at Bristol uniforms.

Most of the Virginia Tech coaching staff helped with Hunter’s recruitment, but Running Backs Coach Zohn Burden has been Hunter’s primary recruiter. Burden has done well to increase Virginia Tech’s presence in the “757”, Hampton Roads area.

Hunter’s commitment should give Virginia Tech much-needed momentum on the recruiting trail. The Class of 2017 is the first class that Justin Fuente and his coaching staff have really been able to influence and Fuente has made securing top-level recruits from Virginia a priority.

Hunter has the talent and size to contribute right away for Virginia Tech. At 6-foot-1, 205-pounds, Hunter will be a force in the defensive secondary.