Signing Day is just two weeks away, so it’s time to roll out my Top 20 in-state prospect rankings for the Class of 2017.  Recruiting rankings are very hard to do; rather than just looking at the rankings of various websites, monitoring Power 5 offers, etc., I decided to take a number of different things into account.

When doing these rankings, I considered the following…

#1: 247 Composite rankings (a combination of rankings from all major recruiting networks)
#2: Power 5 offers
#3: My opinion on the prospect’s talent level
#4: Scheme fit and program fit relative to Virginia Tech
#5: Versatility

Don’t ignore #4.  It’s an important one.  It’s why guys like Breyon Gaddy didn’t make my Top 20 list, and why a guy like Rayshard Ashby is ranked a little higher than others have him.  In the end, my rankings are more VT-centric, since this is a Virginia Tech web site.

I’ve included each player’s 247 Composite ranking, and his ranking in terms of numbers of Power 5 offers, as a basis of comparison for my ranking.  Let’s get started.

Overall, I think you’re splitting hairs between Devon Hunter, Luiji Vilain and Khalan Laborn.  I went with Hunter at #1 because I feel that he’s the most physically gifted athlete in the state, especially for his size.  Check out his testing times from The Opening over the summer…

Hunter runs like a cornerback.  Only nine players at The Opening had a faster 40 time, and all but one of them were 190 pounds or below.  For a guy his size, Hunter is an incredible athlete.

He’s making his college announcement on Friday night (January 20th), and the Hokies feel very good about their position.

Virginia Tech recruited Vilain heavily, and for good reason.  He’s an excellent defensive end prospect, and the Hokies made his final list of schools.  He eventually picked Michigan.

However, Vilain is not a Virginia native.  He’s from Canada…he just happens to play high school football at a private school in Northern Virginia, which seems to be getting more common these days.  The chances of him ending up in Blacksburg were never great, though Tech did do a very good job of recruiting him.

In my opinion, Khalan Laborn is the best running back to come out of the state of Virginia since David Wilson.  He has good enough size, but his real strengths are his balance and overall athleticism.  He should have a very good career at Florida State, if he can get past Cam Akers, a top five national recruit.

The Hokies have not ended their pursuit of Laborn, though it’s unlikely that they’ll secure an official visit.  He appears to be solid in his commitment to the Seminoles.

I rank Yetur Matos a little higher than most.  I love his frame and his long-term potential as a defensive end, and I think he would have been a great fit for the Hokies.  His camp promised Justin Fuente a visit to Blacksburg last winter, but that visit never materialized, and he verballed to Penn State shortly thereafter.

Ewell never showed any interest in the Hokies.  He’s a good player, and a good prospect on both sides of the ball.  His versatility is why I rank him as the #5 player in the state.  Many sites list him as a defensive tackle, but I think he could be just as good if not better at offensive guard.

I think most of the recruiting services underrate Sutherland.  I think he’s an excellent prospect, and he would have been a great fit at safety for Virginia Tech.  That said, if the Hokies sign Devon Hunter, losing out on Sutherland won’t really matter.

For what it’s worth, Sutherland is also from Canada and attended Episcopal with Luiji Vilain.  How many times are two of the top prospects from the state of Virginia actually from Canada?  I was tempted to just leave both Sutherland and Vilain out of the Virginia rankings altogether.

I think Jordan Williams is a very good college prospect, but I have him ranked a little lower on my list for a couple of reasons.  My rankings give weight to how a player fits in Virginia Tech’s scheme, and I’m not sure where Williams fits.  He’s already 260 on a 6-5 frame, and his athleticism as a defensive end is average (5.14 in the 40 at The Opening).  He has average redirect ability, in my view.

That said, Williams is very strong at the point of attack, and he’s got a lot of Power 5 offers for a reason.  But guys with his weight at the age of 17 usually don’t do well at end at Tech, and guys his height usually don’t do well at defensive tackle in Bud Foster’s defense.  I like his overall football ability, but I rank him a little lower than others based on scheme fit. 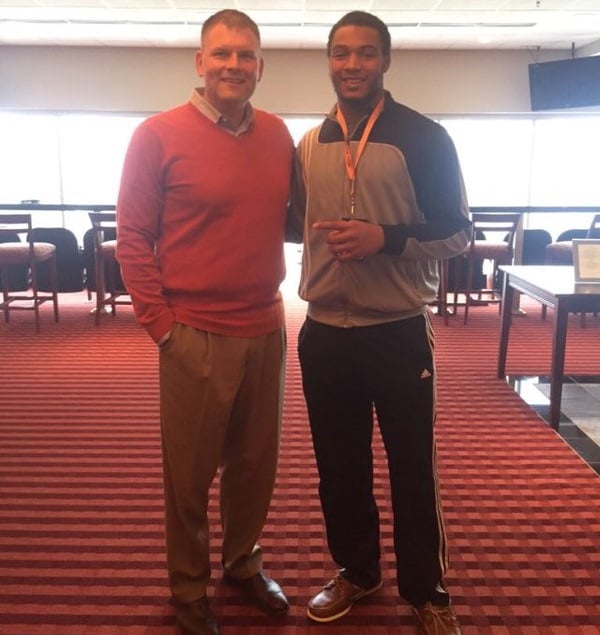 Garbutt’s versatility makes him a very good prospect.  For what it’s worth, I think he’ll recommit to the Hokies between now and Signing Day.  It could potentially happen as early as this weekend when he takes his official visit to Virginia Tech. 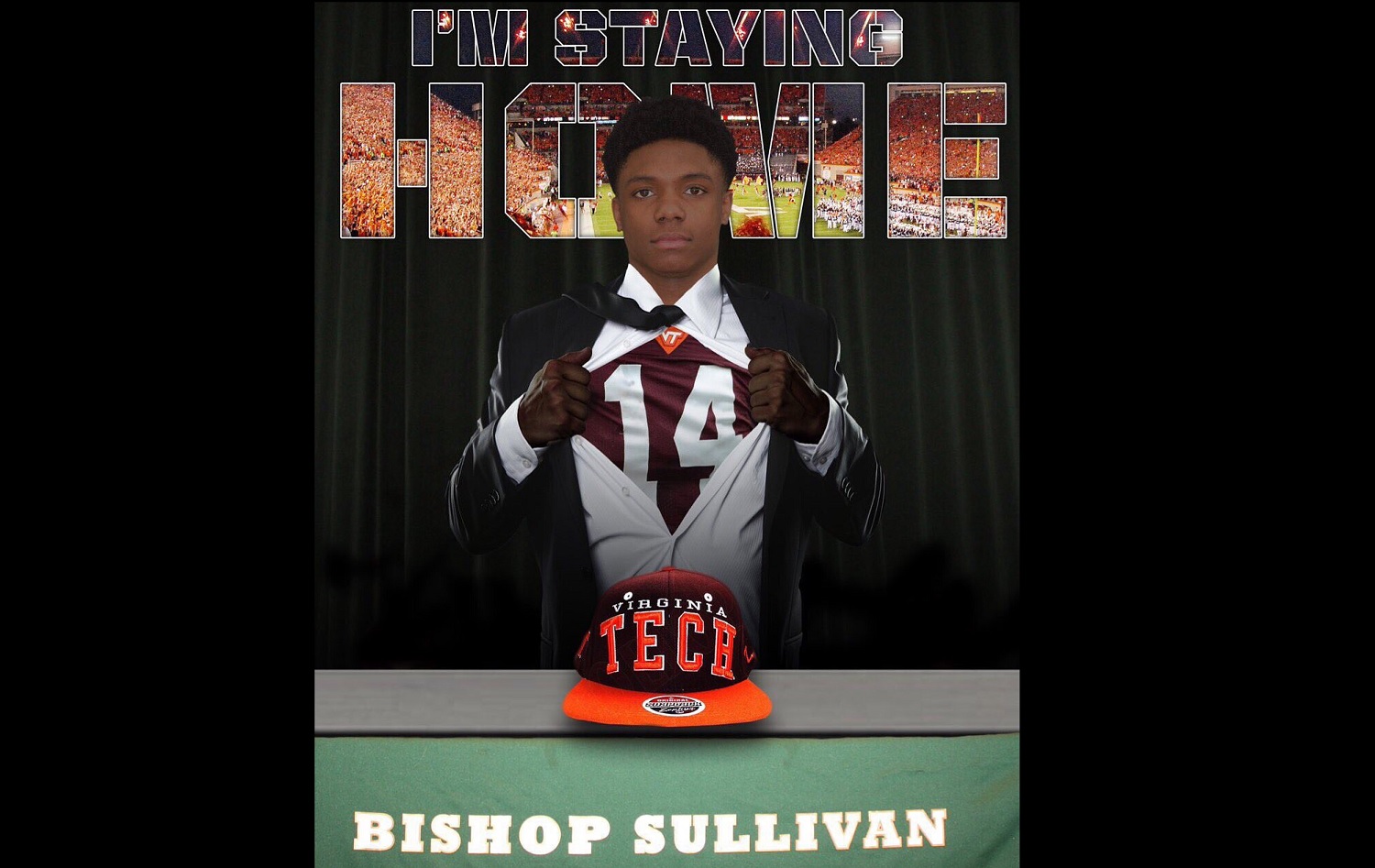 Capehart represents a very important Virginia Beach recruit for the Hokies.  Tech beat out a number of major schools for his services.  He helped the Hokies crack into Bishop Sullivan High School, and that could pay dividends in the next few recruiting classes.

I like Capehart very much, and I especially like his versatility.  He’s a pure football player who could also contribute on the defensive side of the ball at the college level.  I like his toughness, his heavy shoulder, and he seems to be a smooth player on the football field.

Rivers has been committed to Penn State since before Justin Fuente was hired as Virginia Tech’s head football coach.  The Hokies have stayed on him however, and he visited Blacksburg in December.  Tech still has a chance to sign him, but we probably won’t know anything until Signing Day.  My gut feeling is that he stays with Penn State, but Fuente and his staff have made a serious push.

I have Mack a lot higher than the recruiting sites, but remember that I’m considering system fit.  Mack has a 9-minute long highlight clip…of just his running plays.  He also has a highlight video of his passing highlights that is over 13 minutes.  And that’s all from just his senior season.

Mack threw for nearly 3,000 yards and 34 touchdowns as a high school senior.  He added around 1,200 rushing and 19 touchdowns on the ground.  He was listed with a Tech offer early, but the Hokies got a commitment from Hendon Hooker (who I would rank around #7 or #8 in VA, were he from this state).  I think Mack made a great choice to commit to Scott Frost’s spread offense at UCF.

Brooks originally chose Duke over Virginia Tech way back in March.  The Hokies moved on and eventually secured commitments from three other linebackers, and are still pursuing Dylan Rivers.  Brooks has visited Tech since his decommitment from Duke, but does not hold a committable offer at this time.  There is talk that he could end up at Maryland.

Teams shied away from Rayshard Ashby earlier in his career because of his size, and the recruiting rankings never gave him much credit for the same reason.  However, he’s now listed at 230 on 247Sports, and though he’s not a particularly tall guy, he’s a good fit for the Mike spot in Virginia Tech’s defense.

Ashby is tough and instinctive, which is more important than size if you are playing the Mike spot.  If his listed weight of 230 is legit, then he’s already as big or bigger than former starting Mike LB Jack Tyler.

Before I catch any flak for ranking a VT commit like Rayshard Ashby higher than anyone else does, please note that I’m doing the same thing for UVA commit Tommy Christ.  Christ would be a tweener for the Hokies.  He’s probably too big for end, and maybe too tall for tackle.  Offensive line could end up being his best position.  But I think he’s a pure football player, and I wish the Hokies had offered.

Evaluating offensive linemen is difficult.  For a guy who is 6-7, 345, Mekhi Becton does not annihilate high school players as much as he should.  He’s got strong hands and great size, but I’m not sure about his feet or his explosiveness.  But, he is 6-7, 345 and he’s got a big offer list, so schools clearly feel he has a lot of potential beyond what he’s currently showing on the high school level.

If he officially visits Virginia Tech, the Hokies will have a chance.  If he doesn’t, they won’t.  It’s as simple as that.

Newsome received a late offer from the Hokies once he made his test scores.  He also recently got an offer from UNC and decommitted from Maryland.  His lack of offers is why he ranks so low in the rankings of other sides, but I’m making up for it by ranking him #17 on TSL’s list.  The only reason I’m not ranking him even higher is because I don’t want to seem like a complete VT homer.

Newsome is one of the state’s top playmakers.  He’s very strong for his size, he’s a good tackler, and he just has a knack for making big plays.  I wish there were three Dazz Newsomes so the Hokies could try one each at slot receiver, running back and cornerback.  He’s set to visit Blacksburg this weekend, and I think there’s a strong chance he’ll sign with the Hokies on Signing Day.

I feel like Atkins is one of the state’s most underrated players.  He runs the ball out of the shotgun formation for Lake Braddock, and he can line up in the slot and make plays in the passing game.  I thought it was interesting that Tech didn’t offer Atkins and chose to offer Georgia back Jalen Holston instead.  Atkins is used to running the ball out of shotgun formations, while Holston is a Wing-T fullback.  In the end, I wish Tech had offered both guys, considering their depth at tailback.

Conliffe reminds me a lot of Korren Kirven, who I thought at the time was overrated as a defensive tackle prospect, at least for Virginia Tech’s system.  Kirven didn’t work out on the defensive line at Alabama, and instead finally found a place for the Tide at offensive guard.  I’d love to have Conliffe as an offensive lineman, but that’s not in the cards. 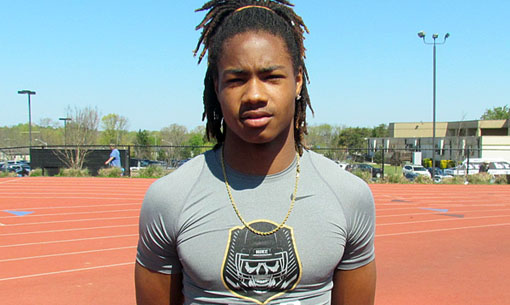 Grimsley is a smooth wide receiver who also has a chance to help the Hokies in the kicking game.  I thought he took a big leap forward from his junior season to his senior season.  He’s a solid ACC wide receiver prospect.

Consider this a “best of the rest” list.  I’ve listed them in alphabetical order by last name…