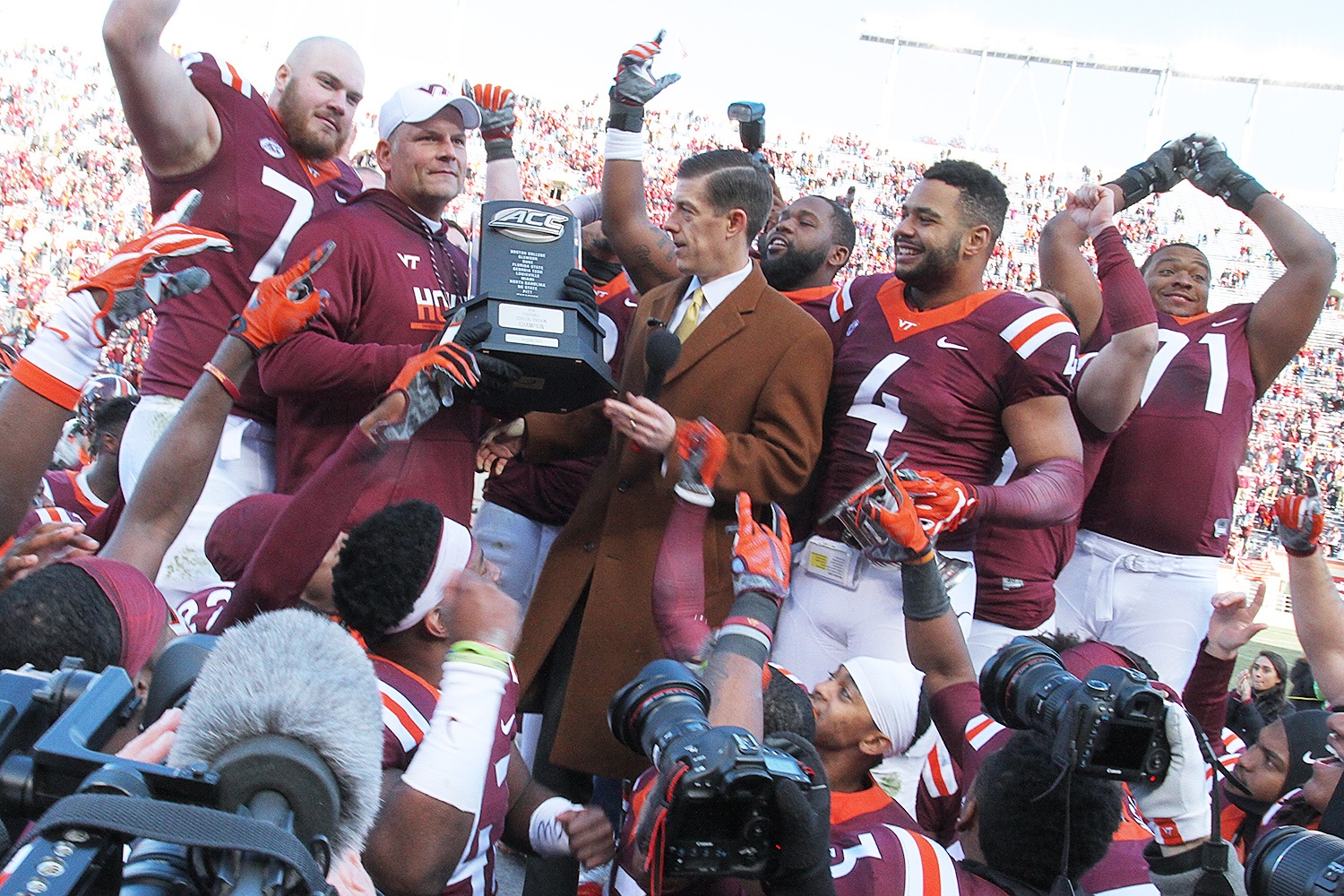 Justin Fuente has accomplished many things in his first season at Virginia Tech, and now he can add ACC Coach of the Year to that list.

The ACC announced on Tuesday that Fuente won the award, which was voted on by the Atlantic Coast Sports Media Association.

Fuente is the first coach to win ACC Coach of the Year in his first season since Paul Johnson, who won in 2008.

It’s rather easy to see why Fuente won. He took over a 7-6 team, succeeded a legendary coach in the most professional manner possible and led Virginia tech to a 9-3 regular season record and a Coastal Division title, the program’s first since 2011.

Taking over for Frank Beamer may have been the toughest part of the job. Fuente, along with Director of Athletics Whit Babcock, negotiated the Beamer-Fuente transition about as smoothly as possible. Fuente retained Defensive Coordinator Bud Foster, Defensive Line Coach Charley Wiles and Running Backs Coach Zohn Burden, all of whom coached under Beamer.

Fuente also got the senior leadership on the team to buy in, making it easier to establish his culture in Blacksburg.