This week is always a little different for Virginia Tech.

On Saturday, the Hokies will look to extend their 12-game win streak over in-state rival Virginia, a 2-9 team with nothing to lose.

“You don’t have to go far from Blacksburg to realize there is this tension between the two schools,” said Woody Baron.

“Of course with a rivalry week, there’s always going to be some extra energy there,” said Nigel Williams. “We’re still preparing the same way in practice.”

For Baron and Williams, along with several others, this will be their final foray vs the Cavaliers. Virginia Tech has nine scholarship seniors that will be honored on Saturday and will play their final game in Lane Stadium.

Those seniors have had a larger impact than their numbers might suggest. As Virginia Tech transitioned coaching staffs this past offseason, the seniors had a large part in helping Justin Fuente and his coaches establish the culture Fuente wished to build.

“I’m not sure a first-year coach could ask for anything more than what we’ve gotten from these seniors,” Fuente said.

“When you have a group of seniors that buys into whatever the message is immediately, it helps the younger guys fall in line,” Fuente said. “I also think when you go through a season and an offseason, there’s all sorts of peaks and valleys, ups and downs with individual players. When you have a strong group of leaders, they can help those young players navigate those things and help them get through those ups and downs, whether it’s playing time or schoolwork, personal life or whatever it is, those older players have a great perspective and can help those kids ride through those highs and lows.”

The seniors themselves took it upon themselves to answer the call. As the elder statesmen of Virginia Tech football, they were key bringing along the younger players.

“I don’t think it was an issue buying in, at least me, personally,” Conte said. “When I first met him, I knew if I liked what somebody was saying it would be easier for me to buy in. I knew I was going to buy into it. I think it was more setting an example/ what the future is supposed to look like here at Virginia Tech under Coach Fuente. I think that was more the bigger concern with the senior class, just making sure the younger guys know what work ethic and how things are supposed to be done here at Virginia Tech under Coach Fuente.”

It hasn’t always been easy for this group either. Many of these kids were recruited before Virginia Tech’s fall from grace, when the Hokies were consistently putting together 10-win season and fighting for ACC championships. Now, that group finally has the chance to put Virginia Tech back to where they thought it would be all along.

“That’s why a lot of people came here, to win an ACC Championship,” said Brenden Motley. “It’s a big deal for me. This is really the first time that I’ve been able to compete for an ACC Championship. Hopefully we can set that standard going forward, that it’s not ok to go 6-6 or seven and whatever.”

“I’m really proud of this group,” said Defensive Coordinator Bud Foster. “They came in on the tail end of a couple back to back Coastal Division championships and an ACC Championship and had expectations to go do that. Unfortunately, we haven’t had that opportunity until right now. I think it says something about them, their perseverance and their willingness to buy in and it’s been a group that’s stuck together.”

Motley’s case is perhaps the best example of senior leadership. After filling in for Michael Brewer admirably in 2015, Motley lost the starting quarterback battle to Jerod Evans this fall, a kid from Texas who was still getting to learn his teammates.

Motley could’ve transferred. Heck, he could’ve left when Brewer arrived in Blacksburg prior to the 2014 season. Instead, Motley stayed..

“I’ve always had tremendous respect for him, just for the simple fact that he’s a senior on the team, and as we had the quarterback battle, it was always professional,” Evans said. “It was never no animosity between each other. We both wanted the team to win at any cost and at any stake.”

“None of it works without Motley,” Fuente said. “If Brenden isn’t a team player, then none of this happens. The little bit of success that we’ve had throughout the season, we wouldn’t be able to have it. Those things just don’t work if people are divided.”

Motley hasn’t had the career he hoped for at Virginia Tech. He’s started just six games in his career — all in 2015 — and never had the chance to be the real starting quarterback. However, Motley wouldn’t change a thing. After the spring semester, he’ll leave Virginia Tech with two degrees in property management and consumer studies, as well with friendships that will last a long time.

“It’s kind of scary, bittersweet,” Motley said. “I think this season has been a really good season for us to go out with all of the hard work we’ve put in and how things have gone in the past and where we’re at now, where we could be. I think this season is the way to go out. I’m excited for the rest of the team.” 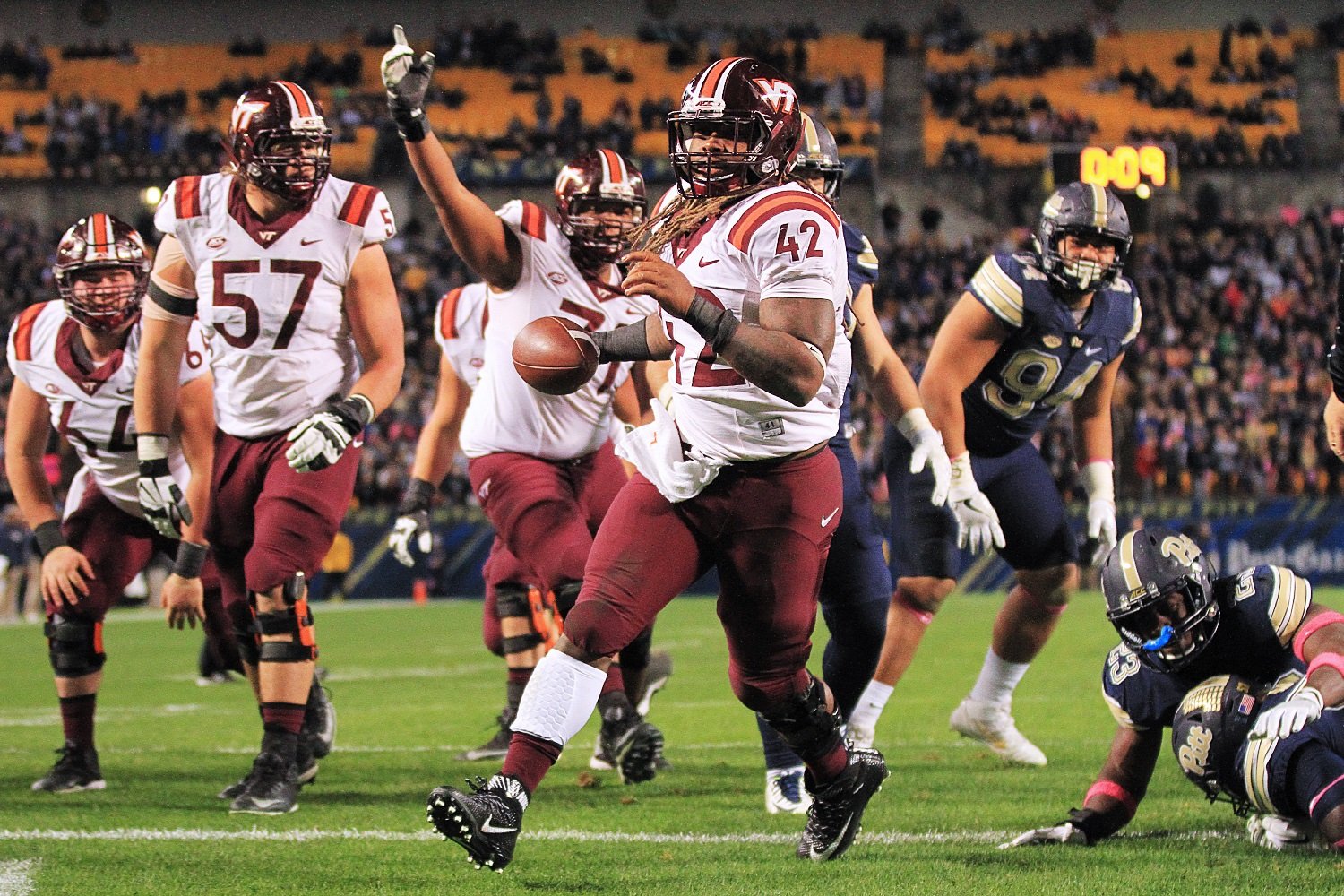 On a much more somber note, Virginia Tech announced on Monday that running back Marshawn Williams would miss the remainder of the season due to another knee injury.

Fuente said on Monday that Williams suffered the injury in the Notre Dame game, but that the training staff didn’t know about the injury until Sunday’s workouts.

“He actually went back in and played,” Fuente said. “We didn’t know about it until (Sunday). I talked to him yesterday, I said, ‘Marshawn, you went back into the game?’ He said, ‘Yes sir, I wanted to win.’”

Williams has dealt with injury after injury since arriving in Blacksburg. Midway through 2014, Williams tore his left ACL and reinjured the knee again in 2015 during rehab. Williams made his first appearance of the season for the Hokies vs. Boston College and is Tech’s third-leading rusher on the season.

His injury creates even more uncertainty in the Virginia Tech backfield. With Williams out for the season, along with redshirt freshman Deshawn McClease, and Shai McKenzie’s status unknown, the Hokies could be forced to turn to Steven Peoples even more. Peoples carried the ball 11 times vs. Notre Dame for 32 yards, his most action in the backfield in his career.

“Steven has been playing well at the fullback spot and we felt like he deserved a few more opportunities to get on the field,” Fuente said. “Over the last couple weeks, we’ve had him in there carrying the ball a little bit.”

The running back rotation was in flux before Williams’ injury. Travon McMillian carried the ball just one time vs. Notre Dame and is on pace to fall well short of his 200 carries last season. Sam Rogers could help alleviate pressure there, along with Peoples, DJ Reid and Coleman Fox.

“I don’t know how Marshawn’s deal really affects that rotation,” Fuente said. “We haven’t had that meeting yet.”