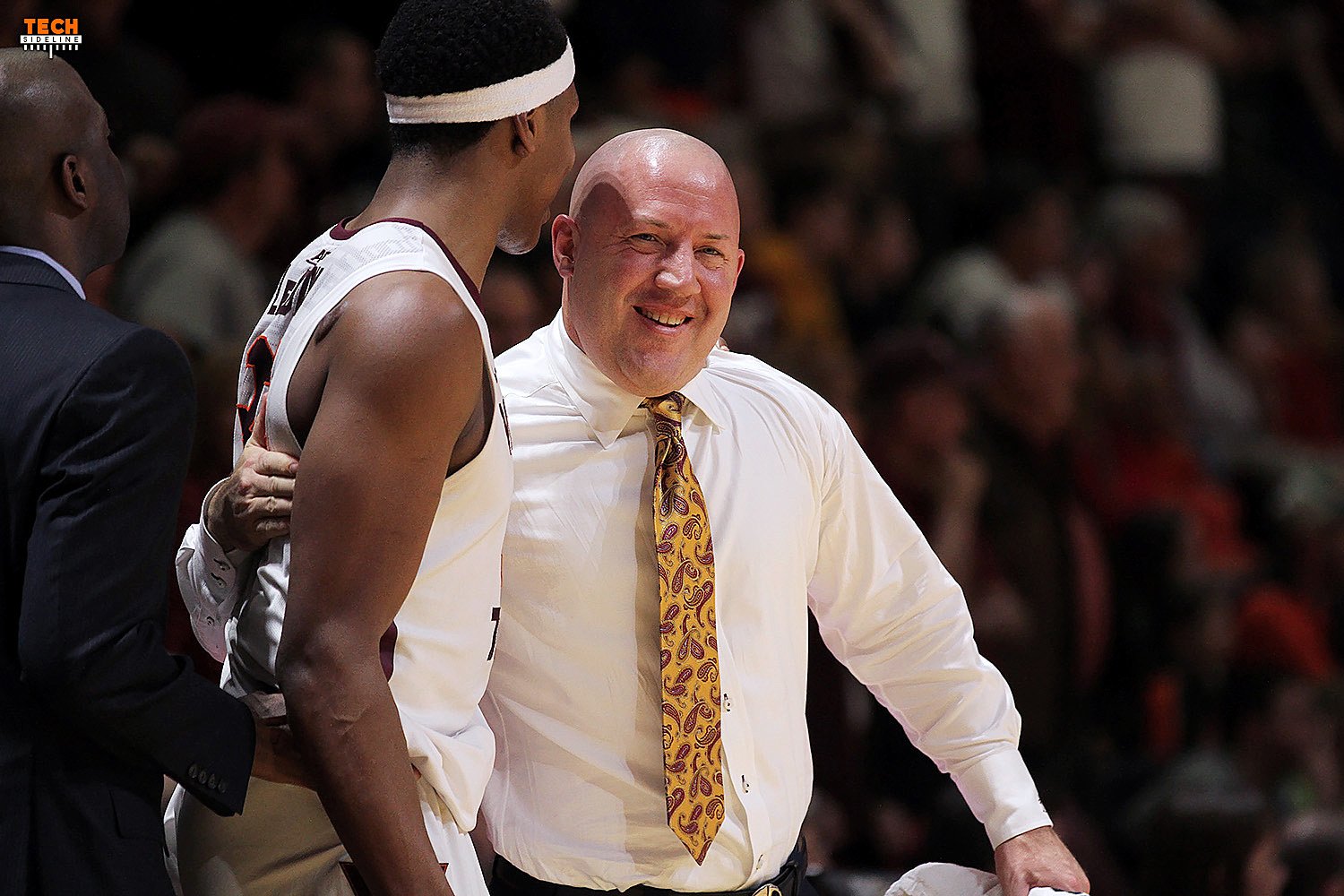 Virginia Tech defeated VMI 88-72 on Saturday night behind a double-double from senior forward Zach LeDay.  The Hokies improved to 3-0 on the season, while the Keydets fell to 1-2.

LeDay finished the game with 22 points, 13 rebounds, two assists and a block in 31 minutes.  He was one of four Virginia Tech players in double figures, joining Seth Allen (15), Chris Clarke (13) and Justin Bibbs (13).

The Hokies had no answer for VMI star guard QJ Peterson, who finished with a game-high 29 points.  He also added six assists.  Tech was also just 15-of-29 (51.7%) from the free throw line.  However, despite those two negatives, Tech did enough things well to easily win the game…

The Hokies started slow, allowing 21 points in the first seven minutes of the game.  VMI jumped out to a 21-16 lead, but Tech eventually took control.  A basket by freshman center Khadim Sy at the 7:53 mark of the first half gave the Hokies their first lead, and they never trailed again.  They eventually took a 44-34 lead into halftime.

Tech gradually extended its lead to 20 points in the second half, though they struggled to put the Keydets away because of poor free throw shooting.  Nevertheless, it was the third consecutive easy victory for the Hokies, who travel to Anaheim next week to take part in the Wooden Legacy Tournament.  Other participants in the tournament are New Mexico, Texas A&M, Cal State-Northridge, Dayton, Nebraska, Portland and UCLA.  Tech will play New Mexico on Thanksgiving Day at 4:30pm on ESPN, and they’ll play either Texas A&M or Cal State-Northridge on Friday.  We’ll have a full tournament preview in the coming days.