Now that we have three weeks of data to fall back on, we can begin to analyze this 2016 version of the Virginia Tech Hokies.  As usual, OXVT is doing a great job with his infographics, and today is a sampling of some of the data that he provides.

Let’s start on the defensive side of the ball.  As we all know, Virginia Tech was very susceptible to big plays throughout the 2015 season.  That’s one of the reasons that Bud Foster’s defense performed at a few levels below their usual standards.

Through three games in 2016, the big play situation has reversed itself.  The Hokies are #1 in the ACC when it comes to big plays allowed.  They haven’t allowed a 50+ yard gain all season, and have allowed just one play over 40 yards.

Virginia Tech’s defense has been very good through the first three games, and if they can continue to limit the big play opportunities of their opponents then this defense will be much improved over last season. 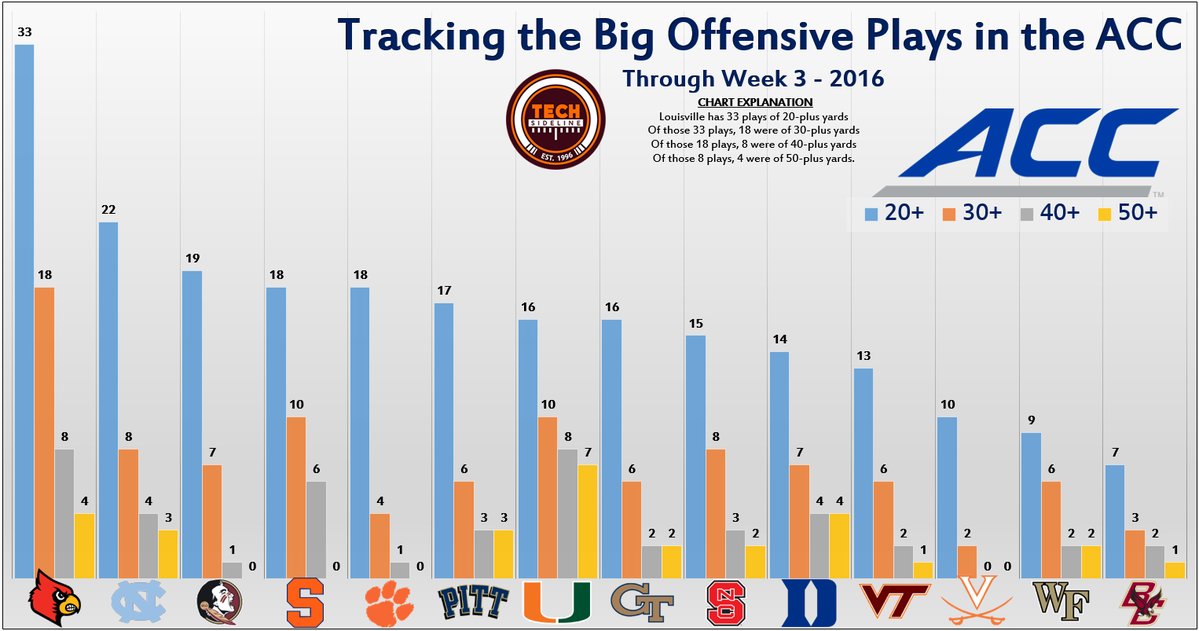 This might come as a bit of a surprise to you, but the Virginia Tech offense is not in the top half of the ACC in big plays.  While the Hokies have been an effective offensive team through three games, they haven’t done so by breaking a lot of big plays.  Instead, they’ve scored by consistently moving the ball down the field, though there have been a handful of big plays mixed in. 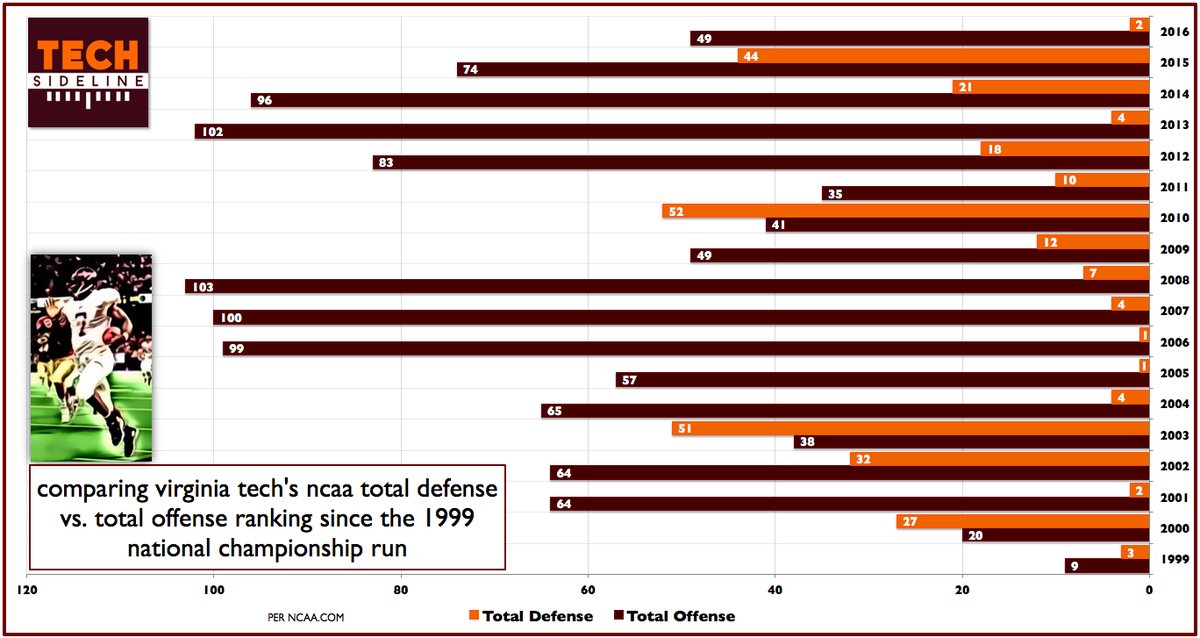 Virginia Tech’s pass defensive has been especially good.  Many Tech fans worried what the loss of Torrian Gray would do to the secondary, with Galen Scott coaching the safeties and Brian Mitchell handling the cornerbacks.  However, the secondary seems to be the most improved part of the defense. 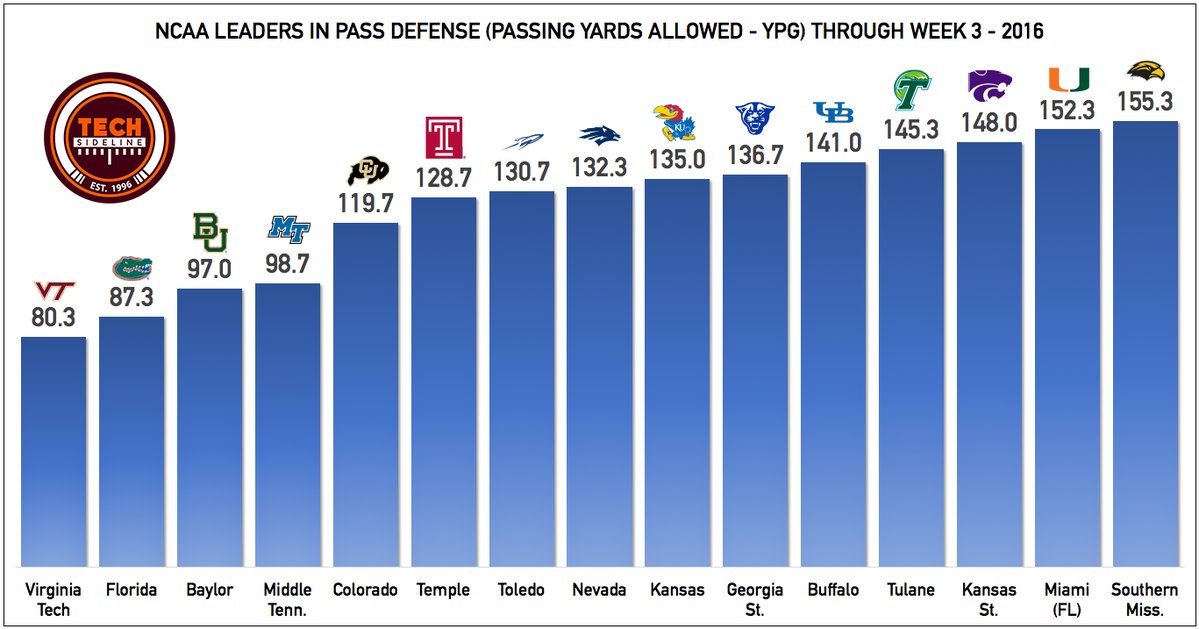 So far, the Hokies are seven yards per game better than Gray and his Florida Gator defense.

Another thing that the Hokies wanted to do was get back to establishing an effective ground game.  Through the first three games of the season, Tech has dominated their opponents on the ground. 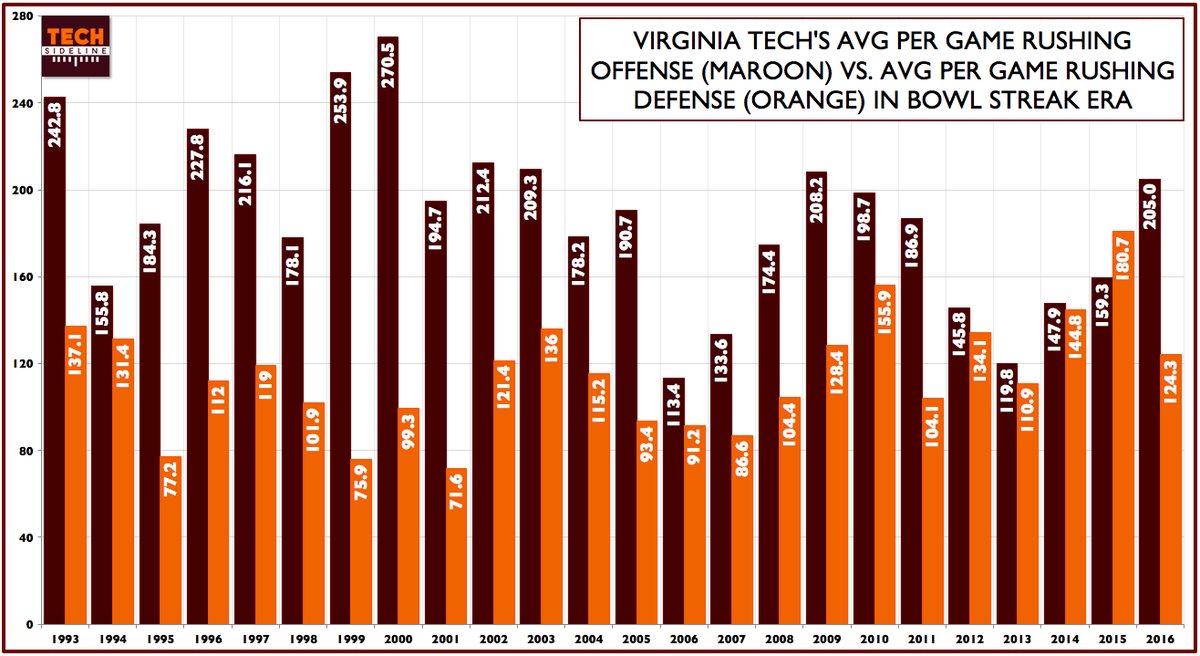 The Hokies are 1-0 in the ACC, and despite their struggles in recent years, they still hold a dominating margin of victory over their Coastal Division competition.  Here’s how the Hokies have fared against the entire ACC since joining the league in 2004. 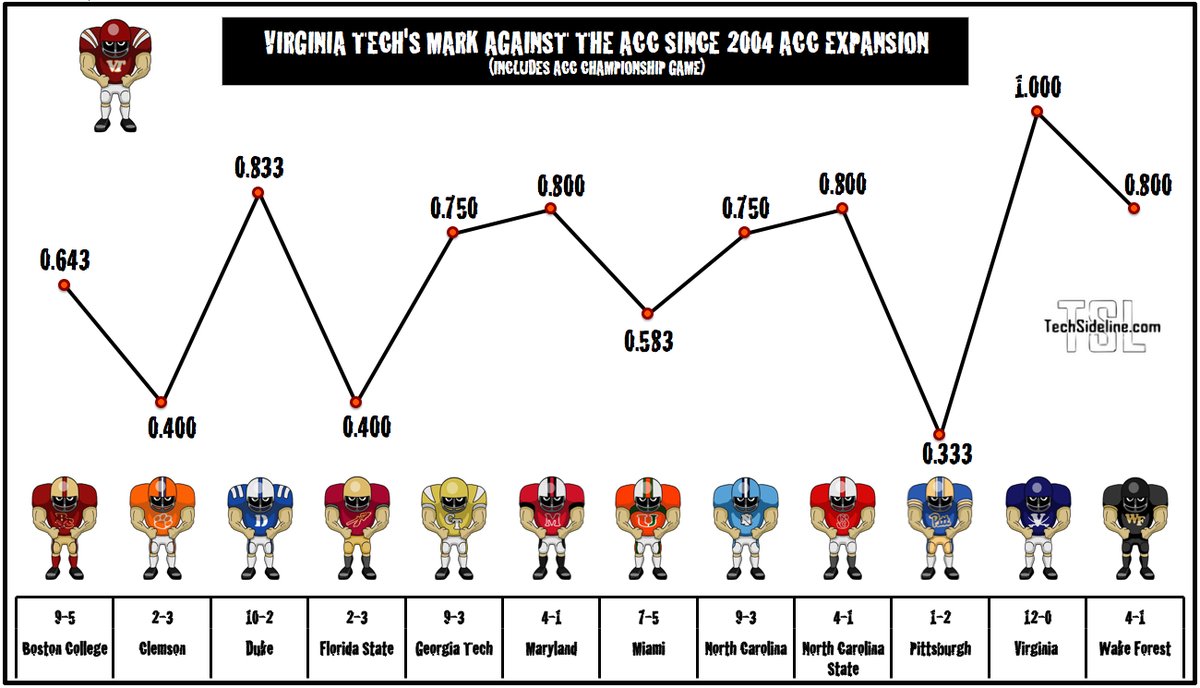 According to that infographic, Tech has the following record against their remaining ACC opponents…

However, things haven’t gone well recently for the Hokies against the likes of Duke, Miami and Pitt, and they are hoping to reverse that trend this season.