Playing against Greg Stroman and defensive backs in practice

“I owe everything to them. Just competing and going against them every day. Past stars like Kendall Fuller and now it’s Brandon Facyson, Greg Stroman and Adonis Alexander, they make my job easy on Saturdays.”

“Coming in, that was my mindset coming here as a freshman. I didn’t know it would be as hard as it was, I do now, but just taking new things every year and trying to add something to my game.”

Rapport and being on the field with Jerod Evans

“It was a lot of fun. We spent a lot of time in the summer, just me and him, just working on timing patterns and it was fun to go out on the field and see those things.”

“Anything I like to do, I like to look good. Especially when it comes to playing football. I’ve always been a firm believer of if you look good, you play good. I’m excited to wear them.” 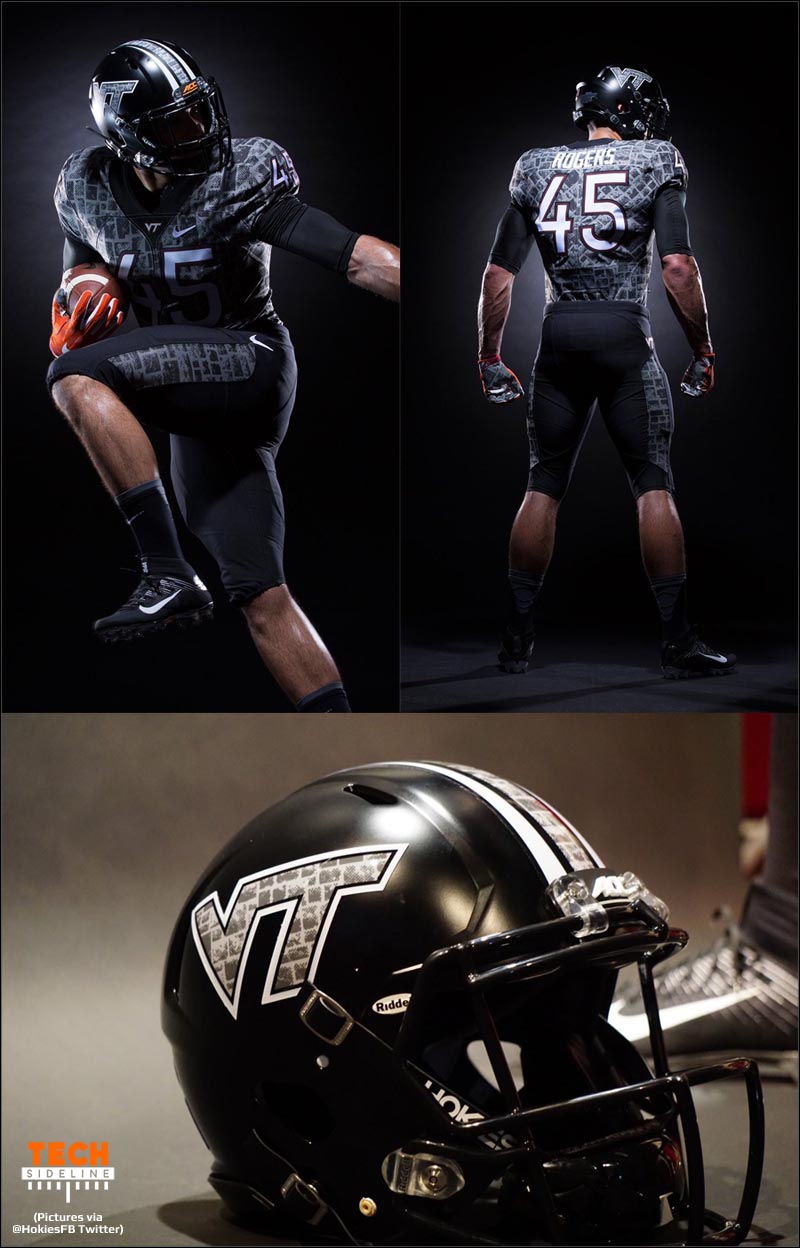 “They’re big, they’re fast, they’re physical. They fly around on defense. They do a lot of different things, as far as disguising some things. We’ll have to be alert and be technically sound on offense.”

Balancing wanting to be on the field with getting rest

“Just realizing that if I was to take a play off, how much it’s going to hurt the team. I swallow my pride and just do what’s best for the team.”

“We’ve got some work to do, me especially. I feel like for the first game, there’s a few things we’ve got to clean up. It’s only the first game and we have another game next week, so we have to take a big step.”

On extra effort from special teams

“James Shibest is our special teams coordinator and I’m just telling you, he’s as good as anybody in America and has completely embraced the tradition of Virginia Tech special teams. He is a very passionate person. The guys that have been in his Friday night special teams meetings know he gets rolling and he’s incredibly passionate. Part of that comes through in kickoff coverage. We want to finish through the line every time and kind of get people excited and create some energy with the defense coming onto the field. The kids really embraced it. James kind of asked them to do that and the kids have embraced it and played well.”

“We rotated several guys through and we felt like going into the game, we’ve made a big deal about creating some depth here, so if we had any opportunity, we were going to err on the side of playing more people in this game. Obviously we needed to create that opportunity. We rotated guys in, particularly on the offensive line, before the game was decided. Some of the guys that came in played well. I’m kind of excited about that as a group. I think they were disappointed in how they played, they think they should’ve played better. Our tackle position played pretty well. We weren’t as good inside as we’d like to be, but those guys acknowledged it and are working hard to get better.”

“He did some things. It will be interesting to see how practice goes this week. I think we’re going to have to shuffle some guys through those three spots, the center and the two guards There’s going to be multiple guys playing to keep those guys fresh and ready to play, and not switch the tackles out as much. We’ll go through the week of preparation and see how that goes and continue to rotate them through.”

Performance of wide receivers vs. Liberty

“Isaiah obviously is a good player, highly intelligent, you can move him all over the field. Cam, another steady guy that didn’t have his best game but made some plays. I like the way CJ (Carroll) continues to get better. I like him with the ball in his hands. He’s quick and elusive, a good, skilled runner with the ball. We like to share those carries and get the ball on the perimeter as another way to run the football. Maybe our most efficient way we ran it was on the perimeter.”

“In addition to that, the young guys got in there and played a little bit. (Jaylen) Bradshaw played some, (Eric) Kumah got in and Divine (Deablo) played a little bit. Those guys just have to keep coming. We’re not where we need to be yet, but they’re young and they’re eager, intelligent and they work hard, so it gives them a chance.”

Performance of Mook Reynolds and defense as a whole

“I thought they played well. Coach Foster in our meetings wasn’t happy with a few things and I understand that, it’s because he’s a perfectionist, he wants things to be done a certain way, but the bottom line is they did exactly what they were supposed to do vs. that opponent, which was to completely suffocate them. They dominated the football game, played with great emotion and great technique. They created turnovers, they applied pressure, they really caused the other team to be a non-factor offensively. I couldn’t be happier, but you’re right, Mook (Reynolds) did a great job at nickel. Stroman had a couple interceptions and played well on special teams.”

Having Adonis back and where he fits in lineup

Schedule for this week

“We’ll have a good workout (Tuesday) in full pads, Wednesday we’ll put shells on, Thursday we’ll take the shoulder pads off and have a shorter, situational-type practice. Friday morning, we’ll get on the bus and drive out there. We’ll actually do our Friday walkthrough and workout at the stadium. Many of the road games on our schedule, we won’t do that, we’ll just do our workout here in Blacksburg and then go there, but for this one, obviously with the uniqueness of the setting, my desire is to make sure kids are comfortable with what the lockers are going to look like, the back drop. I want us to catch punts with the big sky above them and get a feel for what it’s going to be like. We’ll go workout at the stadium, come back and shower and have our Friday night meetings, then do quite a lot of nothing on Saturday. We’ll do some walkthrough stuff, we may have to make an appearance for College Gameday at 11 a.m. or something like that, so we’ll take care of those responsibilities.

Virginia Tech has held the Commonwealth Cup for 4300 days. #Hokies