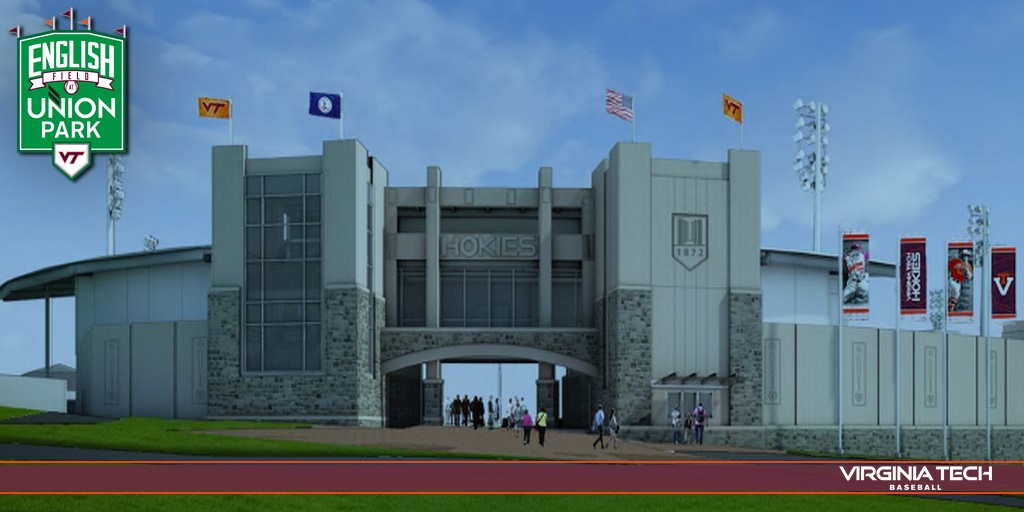 The cost of the project is $36 million, which is certainly nothing to sneeze at. The money will be fundraised as well as financed.

“The results of this vote of the Board of Visitors will have a tremendously positive effect on a large number of student athletes at Virginia Tech,” Director of Athletics Whit Babcock said in a statement. “As we strive to provide only the best for our programs, this all-encompassing project will serve as a bellwether for our entire department and help place us near the top of athletics facilities. 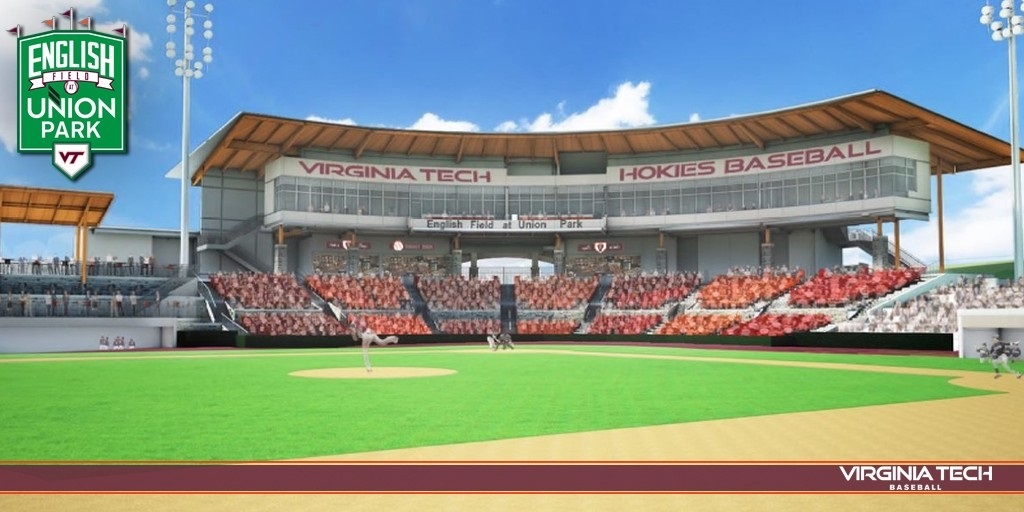 The biggest renovations include a “complete reconstruction” of English Field at Union Park, as well as a new hitting facility for Virginia Tech softball, which will be added onto Rector Field House. The inside of Rector is also getting a facelift, in order to benefit track and field, lacrosse and soccer.

The renovations at English Field at Union Park will include redoing the main seating area and bringing it closer to the field. There will also be a “club area” behind the first base dugout. The seating capacity is expected to be around 1,500, in addition to the left field terrace seating.

The press box will include four different suites, enough to house a working press box, television, radio and game operations. The concourse will have enhanced concessions and restrooms. The scoreboard will also be replaced with a modern video board in right field. 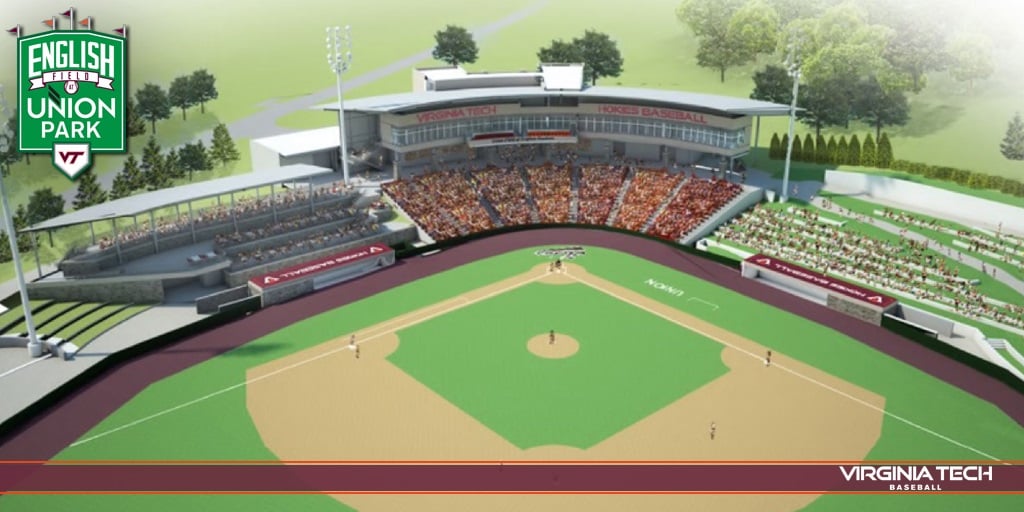 The baseball team will get a new clubhouse in the ground floor of the Jim Weaver Baseball Hitting Facility. It will include a locker room, player lounge, equipment room and video room.

For Rector Field House, the largest addition will be an indoor throws area that can be used for practice and for games. The eastern entrance of Rector will be redone, as well as an outdoor plaza between Rector and Tech Softball Park.

There will be a North wing addition to Rector as well, which will include a training room, as well as two halftime locker rooms that can be used for soccer and lacrosse. Track and field will also have access to this area. 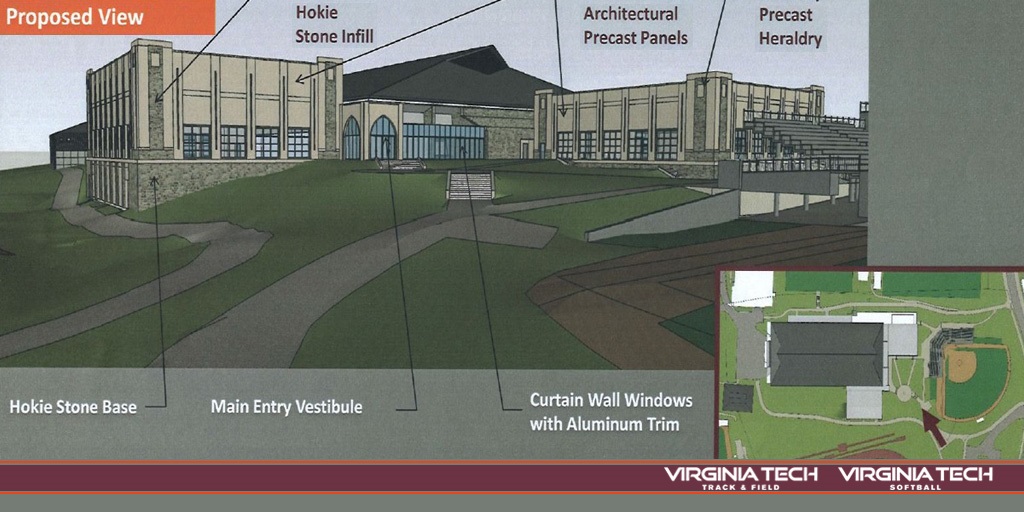 The new softball hitting facility will include four hitting cages, as well as an indoor field that can be used during inclement weather.

The entire new Rector Field House will be used year-round by various teams in the athletic department and will add a whopping 32,000 square feet to the current structure. Cannon Design is the architect for the project, Whiting Turner will handle the renovations to English Field at Union Park and Branch and Associates will take care of the Rector Field House and Tech Softball Park improvements.