Let’s cut right to the chase. Tell us what you think about the uniforms in our TSL poll … here’s a picture showing the complete uniform (photos via the @HokiesFB Twitter feed), and we’ve got a poll embedded after the pics. 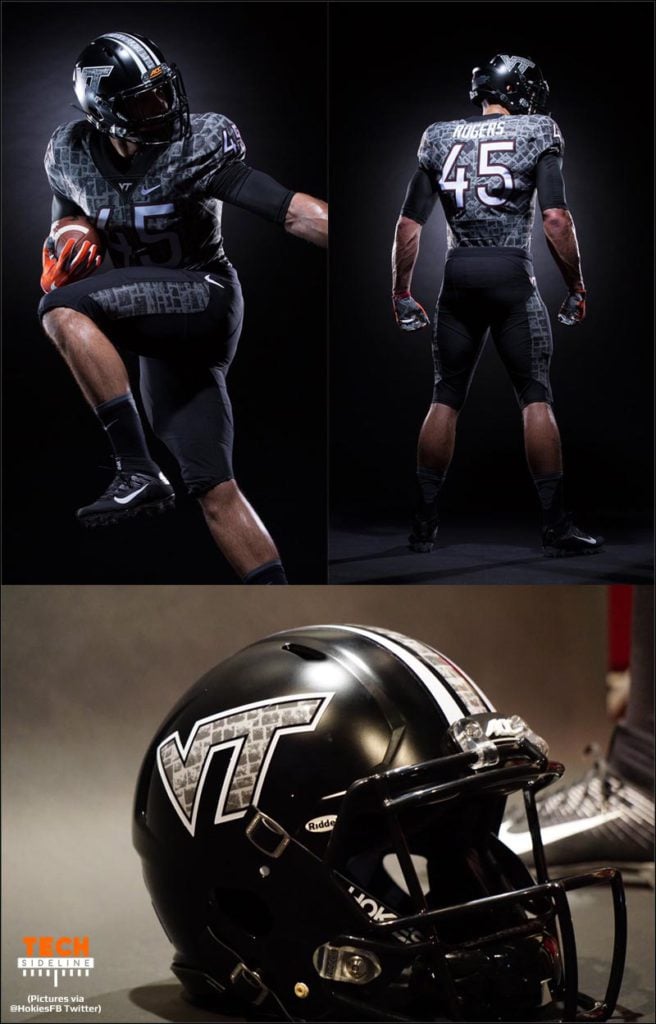 Now’s your chance … what do you think?

Editor’s Note:  the poll should appear below, but some users are reporting that they can’t see it or vote in it. This is the first poll we have run under our new site format, so apparently, we have some issues with it. We’ll work on it.

Thanks for weighing in!