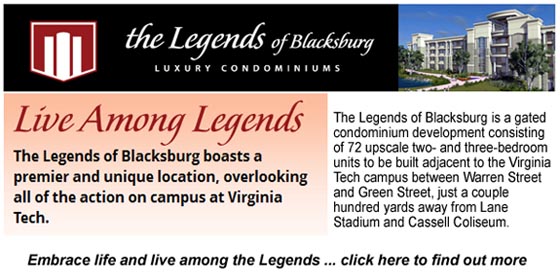 Yes, Virginia Tech is playing a 1-AA team only five days following a big opener, just like 2010.  However, that’s where the comparisons stop.

Let me back up my point that Austin Peay is one of the worst 1-AA programs in the country.  First, let’s look at their record the last few years:

I can keep going.  In last weekend’s loss to Western Kentucky, Austin Peay had just 11 passing yards.  Yep … 11.  Against Western Kentucky.  Not only did they give up 72 points to Cincinnati last season, but they also allowed 61 to Tennessee-Martin, 56 to Murray State, 49 to Tennessee Tech and 44 to Jacksonville State.

Rather than getting into personnel, this is going to be a stats based primer for the most part.  Like most teams these days, Austin Peay runs pro-spread types of formations, though they put a heavy emphasis on the running game.  Last week’s game at Western Kentucky was the perfect example.  The Governors had 37 rushing attempts for 143 yards (3.9 yards per carry), while they were just 2-of-11 for 11 yards though the air.

Remember, Austin Peay lost to Western Kentucky 49-10.  Despite being blown out, they still rarely threw the football.  Of their 143 yards on the ground, 68 of them came on one carry.  They picked up a total of only seven first downs against Western Kentucky, and two of those came via penalty.

Here’s how Austin Peay has stacked up in the 1-AA offensive rankings over the past few seasons — there are 122 1-AA teams this season, and a similar number from past seasons:

The Governors don’t bother to try and pass the ball.  They just run it and run it, attempting to shorten the game and keep the score close.  That’s how they try to overcome their disadvantage in talent against nearly everyone they play.  However, that strategy has rarely been successful for them.  Western Kentucky is currently ranked #1 in the country in pass defense after playing Austin Peay.  Don’t be surprised if Virginia Tech assumes that spot after Saturday’s game.

Wesley Kitts ran for 104 yards last week, but 68 yards came on one play.

Things haven’t been much better for the Governors on the defensive side of the ball.

Austin Peay hasn’t ranked better than #100 nationally (remember, these are 1-AA rankings) in pass efficiency defense the last four years.  Mark Leal is about to have himself a game, and look for Trey Gresh to play well also.

The Governors used to do a decent job stopping the run, but that has gone downhill the past two seasons.  They are undersized up front (233-257-284-264 on the defensive line, 212 and 224 at linebacker), and they don’t run well.  That’s a recipe for giving up a lot of yards.

That’s exactly what they did last week against Western Kentucky, who racked up 596 yards of total offense while averaging nine yards per play in the process.  The Hilltoppers averaged 6.3 yards per carry, while quarterback Kawaun Jakes threw for 296 yards and four touchdowns.

Look for all three of Tech’s quarterbacks to play in this game.  At least five running backs (Michael Holmes, J.C. Coleman, Martin Scales, Tony Gregory and Daniel Dyer) will get carries.  Those young receivers that we keep talking about will spend the majority of their afternoon on the field.

Apologies for not providing a more detailed preview.  We had a short week, just like the team, and I’ve never seen Austin Peay play.  Also, I think it’s safe to say that while the numbers don’t always tell the whole story, they absolutely do in the case of the Governors.

I know that the Virginia Tech starters just played a tough, physical football game on Monday night.  I know they aren’t going to be 100% dialed in for this game on Saturday.  I just don’t think it’s going to matter.  Austin Peay is one of the least talented teams in 1-AA football.  The Hokies probably won’t be too focused, but it’s just not going to matter.

I think we’ll see the Virginia Tech backups for at least a half, and you can bet that they will be focused.  This is their big chance to shine.  Kevin Asante didn’t play against Georgia Tech, so this will be his college debut.  Same for Joshua Stanford.  Tony Gregory and Martin Scales didn’t get carries against Georgia Tech, but you can bet they will tomorrow.  The list goes on and on … those backups are going to be fired up.

Virginia Tech has so many true freshmen in their two-deep that it’s hard to imagine them not giving up a big play at some point.  Then again, Austin Peay only threw for 11 yards against Western Kentucky.

If Bud Foster finds it difficult to motivate his defense, he should throw out the fact that despite being so terrible in recent years, Austin Peay has not been shut out in their last 74 games.  That should be Virginia Tech’s goal on Saturday.

Will Stewart’s Take: Chris keeps saying that this may be the worst team to visit Lane Stadium … ever.  I don’t know. I remember the FAMU game in 2004, and I thought FAMU looked like a high school team. They were small and slow, and some of the big guys were just plain fat.

The Hokies waxed FAMU 62-0, and were leading 48-0 at half time. EVERYBODY played. This was the week after a hard-fought 17-10 win at Wake Forest, so although the Hokies had rested seven days, they had been on the road the previous game.

So let’s say FAMU 2004 and Austin Peay 2012 are comparable. I don’t foresee another 62-0 whipping, not quite. That 2004 team was trying to find itself after opening with two losses in the first four games, in their first season in the ACC. The 2012 Hokies are probably looking forward to (more or less) a day off.

That’s dangerous talk, yes, but I just don’t think Austin Peay has the ability to put up much of a fight. I’m going with the shutout.